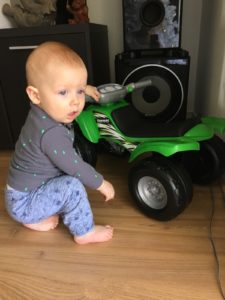 Danica contacted me when she was completely exhausted. Her little Calvin, who was 9 months old at the time, was a very bad sleeper.  He was unable to self settle which meant that Danica constantly had to rock and feed him to sleep and he had a dummy.  He would wake up every 45 minutes overnight and then ended up co-sleeping.  She was so tired during the day that he partner sometimes needed to come home from work to give her some time to sleep which had a big impact on their finances.  She was desperate for sleep and change!

This is what Danica had to say after completing the Happy Sleepers Program:

Never in my wildest dreams did I actually think my 10-month-old son would fall asleep for longer than 30 minutes and without me rocking him; from anywhere up until 40 minutes! I would get to the point of putting a movie on and just staying up all night because he was waking so frequently anyway!! How did I survive? NO IDEA!!
Thanks to Christine and her 14-day ring-a-Rosie plan, as I’m from Adelaide, my handsome little man now sleeps 12 hours a night!!!!! I’m a different person! I can chase him around and keep up with him! He no longer has permanent purple bags under his eyes which I was sooo embarrassed about! He’s so much happier and throws big smiles daily which was so rare before! His social anxiety/shyness/clingy behavior has completely subsided and he loves going places with me now! He is happier in the car to just watch or fall asleep if he is tired instead of screaming. OMG, the list of things could go on!!!
I honestly can’t thank Christine enough!! She also has a great payment plan that worked so well for me during this busy end of the year!! The technique was gentle and allowed me to be with my son while he needed me! I would recommend it 1000x over!!!! Xx

The next mum is Veronica: 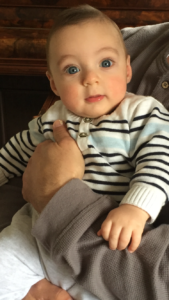 DO YOU WANT TO IMPROVE YOUR BABY’S SLEEP NOW? 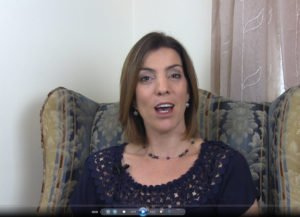 I’m Christine, the founder of Happy Sleepers. I am an ICU nurse, Midwife, Qualified Sleep Consultant and I’m a mum of twins.  I’ve helped 100’s of babies and parents in the past and now I’m here to help YOU! 🙂